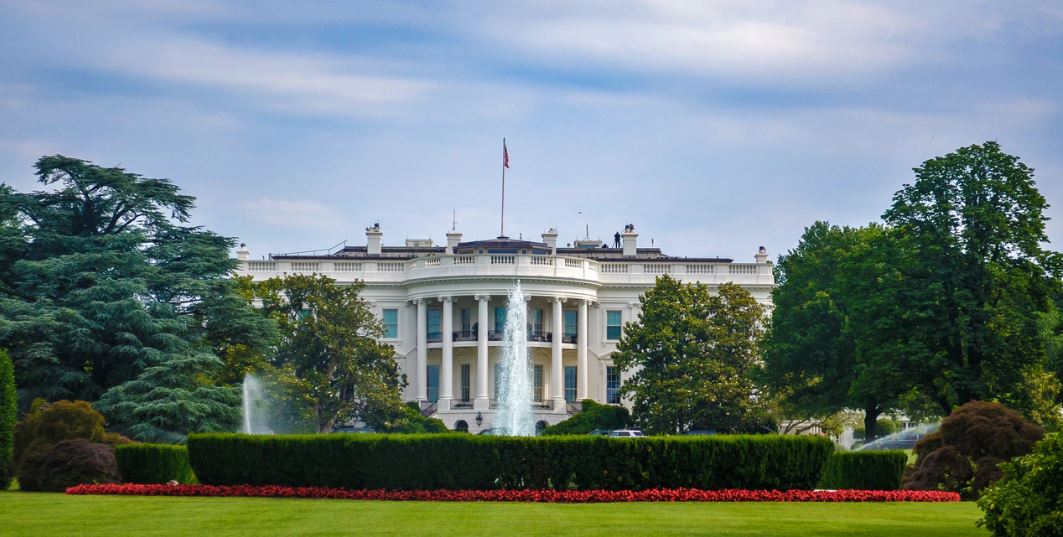 While both make for great headlines, the truth of the matter is: he can do neither. At least, not without utilizing the most powerful branch of government in the country.

Power to the (Representatives of the) People

The institutions that make up the Federal Government is one of the hallmarks of America, and the envy of many developing nations. On the surface, it mirrors that of other countries, with the national government being split into three co-equal branches (legislative, executive, judicial), but unlike other countries, and despite popular belief, most political power rests with the legislature, not the executive. The legislative branch, comprised of Senate and Congress, are responsible for creating and drafting laws, but they’re also in charge of so much more.

In Article 3 of the constitution, the Founding Fathers established “One Supreme Court”, the judiciary. However, the Founding Fathers knew that a single court would be inefficient in the long run, which is why they also gave Congress the power to “ordain and establish” inferior courts. These ‘inferior courts’ are usually limited in either jurisdiction or proceedings, or both, but still essential in maintaining the law in the various states.

Aside from this, the Constitution also provides the legislature a lot of power over the executive. During the drafting of the constitution, the Founding Fathers were wary of another King George III ruling over America.

To ensure that the executive office doesn’t devolve into tyrannical rule, the Founding Fathers provided both houses of Congress the power to impeach and remove the president, but it also gave it the power to investigate, and potentially block, the executive’s appointees. Because the President can appoint his or her cabinet officials and supreme court judges, Congress was given the responsibility of ensuring that these appointees are fit for office, and most importantly, are loyal not to the executive, but to the constitution.

Although the President is given the power to veto a law, Congress can override this veto with a plurality of votes. Congress can also block laws and executive orders from the President, and most importantly, can block funding for executive offices, if they deem them unfit for the people. This allows Congress to ensure that a dictator will not be propped up by sycophants and zealots.
The Founding Fathers knew that, for a democracy to thrive, it must, first and foremost, be a government OF the people, and therefore entrusted Congress to represent the best interests of their people. This is the only way they could ensure that future generations of Americans are protected from dictators and tyrants.

Congress is a Bane and a Boon

The idea behind a Congress is having an assembly of the people, represented by elected officials. The Founding Fathers wanted to create a system that would take the power from dictators and a chosen elite and spread it amongst citizens.

But for Congress to be an effective shield against tyranny, it needs to be united. Unfortunately, as we are aware, Congress doesn’t always like to play nice with itself. Although healthy debates on the senate floor have always been encouraged, the feuding parties of Congress have not always been able to agree with each other, which in turn, delays the passage of laws.

Not only can laws be delayed, unjust laws can also be passed. Despite being a beacon of hope, democracy, and equality, the United States has had a history of doing the exact opposite of those things. Of course, laws that allowed slavery, segregation, the banning of women from voting, and so on, were products of their time, but it goes to show the power that Congress wields.
But Congress is only as powerful as they are united. A Congress that is brought together by a shared goal of creating a better America can result in the abolition of slavery, universal suffrage, and the desegregation of most states.

If the United States wants to survive a Trump presidency, it needs to unite against the President’s potentially disastrous policies, ranging from foreign affairs to the economy. Using the enormous powers granted to them by the Constitution, Congress can ensure that the decisions made FOR the people are made BY the people.

The Sacredness of the Constitution

Despite all the power granted to Congress, the Founding Fathers knew that any future Congress will always be staffed by people, flawed and prone to corruption. In their wisdom, they enshrined the supremacy of the Constitution, and made it the law upon which all power and freedom stem from.

Although Congress does have the power to amend the constitution (as it did when it abolished slavery, prohibition, established universal suffrage, etc.), it will require an entire constitutional convention, at least two-thirds of the State legislatures, and two-thirds majority vote. In short, it takes a LOT of political influence and public clamor to change something in the fabric of our democracy.

It should be noted that President Trump is not a dictator in the traditional sense. Yes, various political pundits have accused him of building a cult of personality and swaying popular support towards the presidency, but because of the powers of Congress, and the supremacy of the Constitution, any despotic tendencies can be nipped in the bud.
He isn’t a dictator, but Congress shouldn’t take chances.