There is this notion that prenuptial agreements are made by couples who have no intention of staying together until the end. Furthermore, there is a misconception that it is exclusively for couples who are in the same league as celebrities when it comes to fortune—or at least one of the marrying couple is ten times wealthier than the other party.

It is understandable why prenuptial agreement is a sensitive topic. Money is a heavy issue on its own. When you include an intimate relationship such as marriage into the picture, you have to tread lightly because of varying opinions about finances. Your good intention can be misconstrued even by you partner. This is why you should brace yourself for the possibility of a long conversation once you open the topic to your fiancé.

Remember that it is not disrespectful to your future spouse. It only means that both of you are capable individuals with your own finances. It also gives you both the liberty to dictate which is yours and which is not. With a mutual understanding on the matter, both of you can begin drafting your prenuptial agreement before consulting a respective family lawyer in Kent for review.

More and more couples are seeing the importance of a prenup. Here are three reasons why you should, too:

Typically, a prenup agreement will cost you more or less 2,500 US dollars. Considering the emotional distress and probable loss of assets you will encounter in the future if you didn’t get a prenup, the amount is pretty worth it. Nonetheless, take note that the amount is not fixed. It still depends on where you live and how long you’ll haggle with your partner in front of your lawyer. 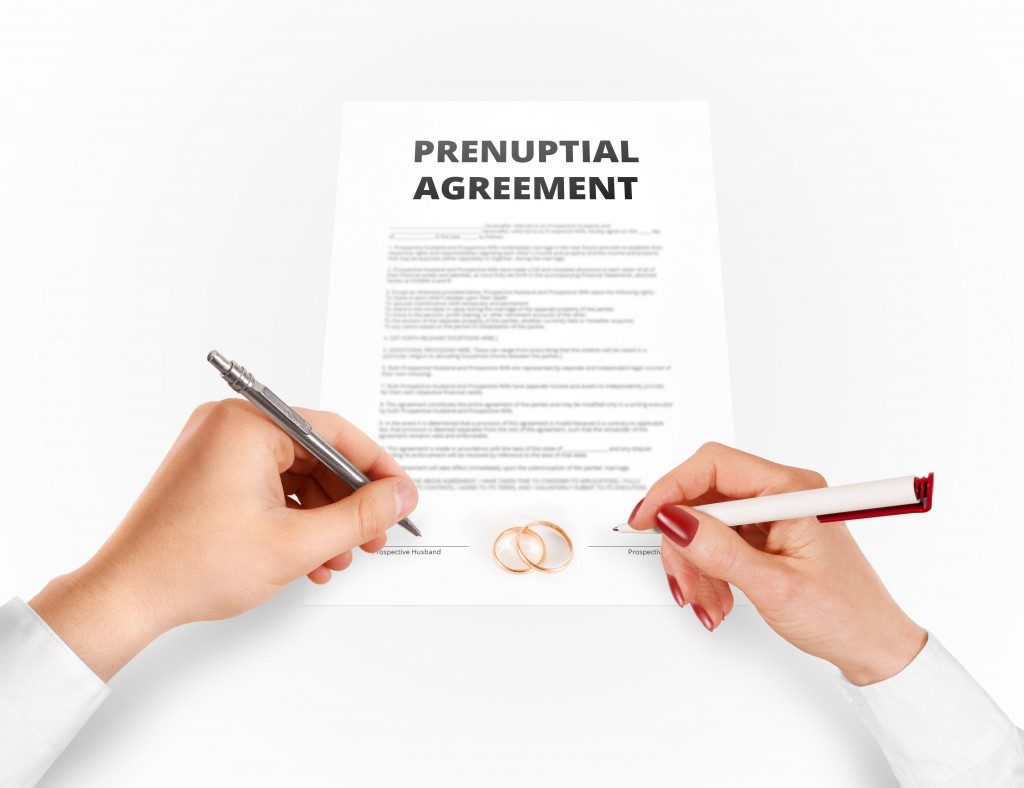 Finances are the leading source of stress in a marriage. Drafting a prenup requires you to disclose your financial information such as debt, income, inheritance, and assets early on. The agreement can provide you with a clearer picture of your financial relationship as husband and wife. It will lessen the expectations by addressing your financial capability, thus avoiding arguments about money in the future.

At a time when you should be in a blissful mood planning for your wedding, you’ll be forced to address the unknown future—a bad one at that. Talking about the probability of separation will ground you, meaning, it will help you think rationally despite the engagement high. The wise thing about arranging a prenup agreement is that it gives you the opportunity to figure out what’s best for you as a couple during a period of love and partnership.

Talking about prenuptial agreement with your future spouse may not be the most romantic topic but doing so will surely be beneficial for both of you in the future. Make sure that both of you have set enough time to draft a content that is fair and agreeable.